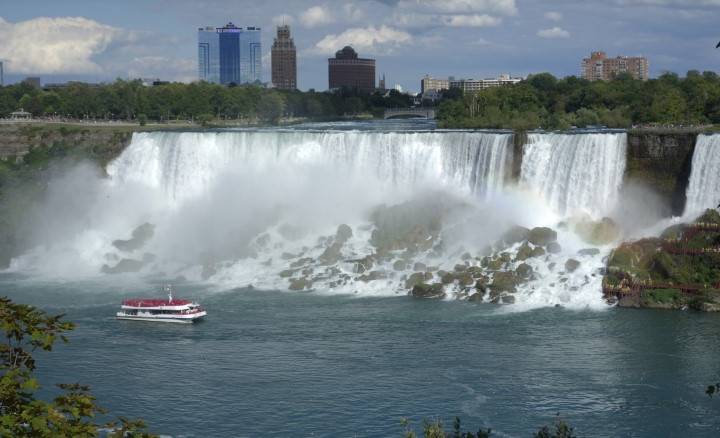 OTTAWA – Tourism spending in Canada jumped the most in nearly 20 years in the third quarter of 2016, official data showed on Thursday, pushed up in part by a weak Canadian dollar that has cut the cost of travel.

Statistics Canada said total spending by foreign and domestic tourists grew by 2.2 percent from the second quarter to hit $21.3 billion, the largest percentage increase since the second quarter of 1997. The figures are seasonally adjusted.

“It is a perfect storm of a lot of great conditions,” said Rob Taylor of the Tourism Industry Association of Canada, noting the sagging domestic currency had kept Canadians at home while attracting more foreigners.

The Canadian dollar has slumped in value on the back of a slide in oil prices. Last summer one U.S. dollar bought around C$1.32, compared to C$1.06 two years previously.

Taylor suggested another reason for Canada‘s popularity could be Prime Minister Justin Trudeau, a close ally of U.S. President Barack Obama who has traveled the world to promote Canada as a progressive nation.

“People are talking about Canada in a lot of different ways, (such as) the bromance with Obama,” Taylor said by phone.

On Wednesday, the New York Times ranked Canada as No. 1 in its list of top 52 places to go in 2017, listing the country’s 150th birthday as a reason to visit. The Lonely Planet travel guide last October named Canada as the world’s top tourist destination for 2017, saying one reason was Trudeau’s “wave of positivity.”

Gregory Hermus, associate director of the Canadian Tourism Research Institute, said there had been double digit year-on-year growth from regions such as Europe and Asia last summer.

“The exchange rate has an impact … one of the prime competitors is the United States, so with the strong U.S. dollar, Canada is looking much more price competitive,” he said.

Growth could be just as impressive this year, when Canada will mark the 150th anniversary of its creation. The New York Times on Tuesday put the country at the top of a list of recommended destinations.