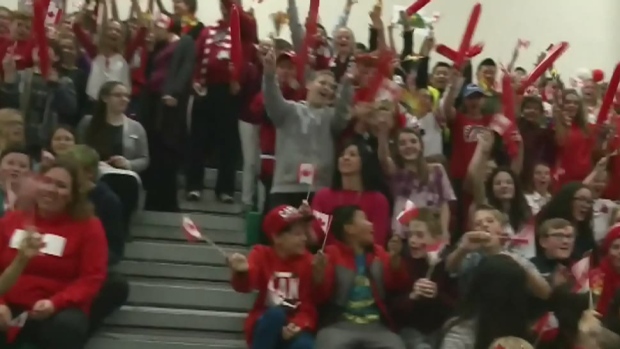 As Canada commemorates 150 years since Confederation this summer, a group of Ottawa rail enthusiasts is hoping to arrive in style. Their ride of choice, however, is something that hasn’t been seen in the nation’s capital for nearly six decades: a streetcar.

“There’s no blueprints and we have to do things a lot of times by trial and error,” Terry Dong told CTV Ottawa.

Dong is part of a group of volunteers who are working to restore a piece of Ottawa’s past.

An Ottawa streetcar is shown in this undated file photo.

For decades, streetcars were a major mode of public transportation in the capital. The trams were manufactured in Ottawa and sold to other Canadian cities as well. But financial troubles resulted in the fleet being decommissioned in 1959. Seventeen years ago, one of the last known trolleys was found at a railway museum in Quebec and brought back to Ottawa.

“That was in Saint-Constant under a tarp for 30 years, and it was in pretty bad shape,” Rheaume Laplante, project co-ordinator of the restoration project, told CTV Ottawa.

The tram was a mess of rusted metal and rotting wood. But undaunted by the challenge of restoring it, the volunteers salvaged what they could of the old car and even created new parts if originals weren’t usable or available. Car number 696, after all, was built a century ago.

Eighty-six-year-old Bruce Dudley is one of the original volunteers with the project. He even used to operate a trolley in Ottawa, just like his father Hector did before him.

“I think it's just amazing,” Dudley told CTV Ottawa. “I'm only sorry that my dad didn't live long enough to see this.”

The volunteers are hoping to have their streetcar ready and operational by July 1, just in time for Canada’s 150th birthday party.

“I think it will bring back some nostalgia,” volunteer Georg Rubli told CTV Ottawa.

The group says the streetcar is now 80 per cent complete. The final phase includes mounting the passenger car onto its wheels and getting the 100-year-old electric engine to work again -- challenges that the group says they will meet together.

With files from CTV Ottawa