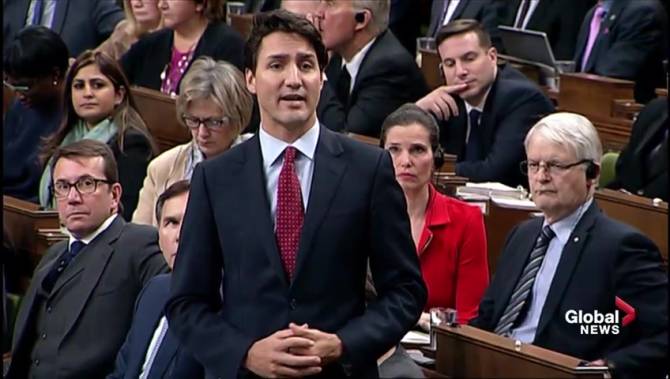 Canada’s embrace of immigrants and refugees in the face of U.S. travel restrictions may result in good karma for Canadian business. Foreign talent is now more likely to seek Canadian jobs, say tech executives. And international corporations, too, are considering moves north of the border, by opening or expanding Canadian operations.

“I’ve been receiving calls from individuals who had the option of taking up employment in Canada or the U.S. and are now thinking that maybe they should take the Canadian job,” said Peter Rekai, a Toronto-based corporate immigration lawyer.

Canada’s technology industry was quick to capitalize on that sentiment. In an open letter published on Sunday,  it called on Ottawa to “institute an immediate and targeted visa” offering temporary residency in Canada to those displaced by  U.S. president Donald Trump’s temporary ban on travel from seven Muslim-majority countries.

The message was signed by industry leaders such as Shopify CEO Tobias Lütke and Wealthsimple CEO Michael Katchen.

Such display of openness, coupled with the Trudeau government’s message that refugees and immigrants are welcome in Canada, is likely to help the tech industry recruit the best and brightest.

“If Canada is open to the best tech talent from countries that are restricted from other jurisdictions, including the U.S., then Canada will get that talent,” said Karen Greve Young, vice-president of partnerships at MaRS Discovery District, a Toronto-based tech incubator.

WATCH: Secretary of Homeland Security John Kelly told reporters Tuesday that President Trump’s travel ban was not intended to target Muslims,but rather those who present the clearest danger to the U.S. 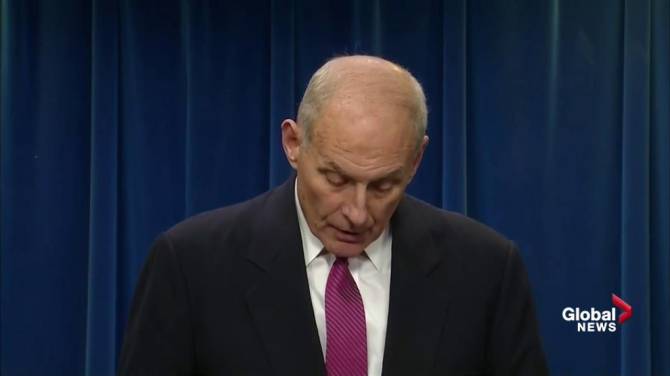 But it isn’t just highly skilled professionals who have their eyes on Canada. International corporations have been mulling opening or growing offices in Canada ever since Trump’s election in November, said Rekai.

Corporate talk about using Canada as a base for international employees who might face visa challenges in the U.S. is “something that comes up whenever the Americans tighten rules or limit the number of skilled people that they bring in,” he added.

Back in 2009, when rumours swirled about upcoming restrictions to the coveted U.S. H1B work visa program, Microsoft quietly opened a 70,000-sq.-foot centre near Vancouver, where it “parked” foreign workers whose U.S. immigration process had stalled, according to a report in Maclean’s magazine.

WATCH: The Trump administration is standing firm on its travel ban despite international protests and condemnation. As John Hua reports, more British Columbians are being caught up in the ban including dozens of UBC students and faculty. 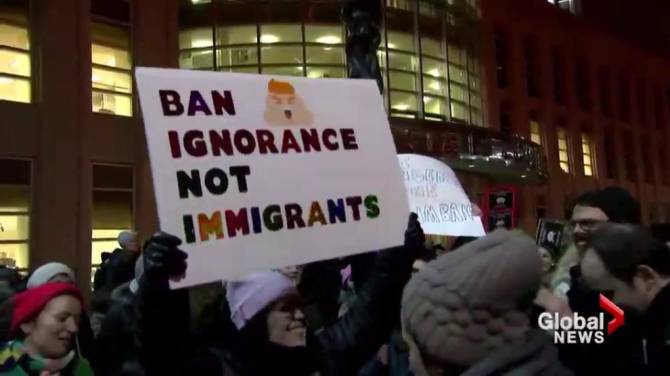 Companies in sectors like information technology and medical research are now contemplating similar moves, according to Rekai. This time, however, “I’m not so sure that they’ll be parking them,” he said, adding that executives are increasingly thinking of Canada as a permanent home for their international workforce.

It isn’t just the travel ban that’s been fuelling talk of diverting employees and operations to Canada, said Michael Serbinis, founder of digital reading company Kobo and currently head of health insurance startup League. The recent flurry of White House executive orders, discussions about renegotiating NAFTA, and, once again, talk about restricting access to H1B visas are all increasing the appeal of having a corporate base in Canada, he added.

U.S. tech giants have already been scaling up their presence in Canada in recent years.

Since 2006, Google’s Canadian headcount has grown from around 40 to about 900 employees, a majority of which are engineers.

Amazon employs over 400 people in Toronto, more than 500 in Vancouver and recently opened a new office in Ottawa. The company said most of its Canadian employees are software developers.

Rekai predicts that trend will continue, especially as another English-speaking jurisdiction, Britain, contemplates its own immigration curbs. Brexit played a significant role in prompting one of Rekai’s corporate clients to shut down its operations in England and move all staff to Canada.

“Those companies that looked at a British alternative [to the U.S.] to bring in skilled people are now backing away from that.”

In the English-speaking world, he noted, that leaves Canada and few other options.