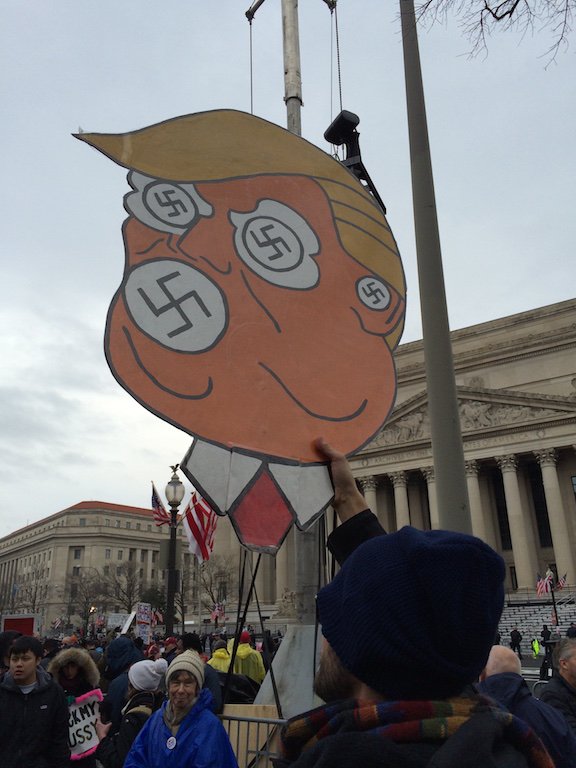 There is no let-up in the downward spiral of Donald Trump’s presidency.

Less than two weeks into his term, he has imposed executive orders – with the alleged goal of making America great again – to build a wall along the Mexican border, stop immigration from Muslim countries, cut the flow of federal money to sanctuary cities and publish the names of alleged crimes committed by “aliens.”

Never before in modern American history has a president signed off on orders that can so easily be construed as racist.

The appointment of Stephen Bannon, a white nationalist and former executive chairman of the extreme right-wing propaganda outlet Breitbart News, as chief adviser to the president explains the genesis of many of Trump’s pronouncements. Bannon has also been appointed to the president’s National Security Council.

The Islamic Society of North America and the American Jewish Committee have banded to-gether to confront the notion of a “Muslim registry” and the push to keep Muslims out of the U.S. They have their work cut out for them.

Over the weekend, major U.S. airports were flooded with Americans protesting the order to ban immigrants and refugees from seven countries. But fully half of likely American voters approve of Trump’s job performance, according to a recent Rasmussen poll.

January 27 was International Holocaust Remembrance Day, a time when the world pauses to recall the madness of 75 years ago, when a racist dictator made good on his promise to attempt the wholesale genocide of the Jewish people. It is a day that teaches us that genocides do not begin in gas chambers or with machetes or bullets. Genocides begin with words. The White House’s official statement to commemorate the occasion made no reference to Jewish victims of the Holocaust. The White House contended it was trying to be inclusive, telling CNN, “We took into account all of those who suffered.”

Trump’s rise to power has encouraged racists – members of the Ku Klux Klan and other violent bigots – to rise from the dung heap, brush themselves off and prepare to go about their dirty business in an environment they see as favourable to their ugly agendas.

And let’s not be smug. We see our own versions right here in Canada.

The day after Trump’s triumph, Paul Fromm, Canada’s elder of white supremacy, was bursting with enthusiasm calling Trump’s election a “victory for the real America and Canada.”

Since the late 70s, Fromm has led pseudo-organizations like Citizens for Foreign Aid Reform, the Canadian Association for Free Expression and the Canada First Immigration Reform Committee, which publishes Immigration Watch Canada. Among its regular xenophobic fare, the newsletter regularly publishes stories about immigrants and refugees, all of colour, who are allegedly involved in criminal activity.

Expelled from both the Progressive Conservative Party of Ontario in the early 80s, and the former federal Reform Party in 1988 for his Nazi proclivities (a video also emerged in 1990 of Fromm at a party celebrating Hitler’s birthday), Fromm continues to operate on the fringes.

His last most public venture was an attempt to speak on Parliament Hill in 2016 in response to Prime Minister Justin Trudeau’s apology to the Sikh community for the 1914 Komagata Maru incident. Fromm was denied access.

So let’s not be fooled. There have always been both soft and hard-core racists among us. Yet never in living memory has a leader of a democratic nation appeared to welcome them into his circle. We need to be alive to what may be the seismic shift of the 21st century.