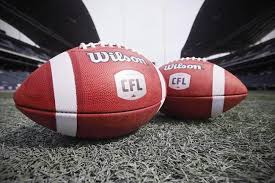 Officials with the Canadian Football League and CFL Players’ Association are ready to huddle up again.

According to a CFL source, “senior leadership from each organization” will resume meeting soon to discuss COVID-19 contingencies. The two sides had formed a working group that held regular conference calls on Tuesdays and Fridays through March and into early April, and there was progress being made on potential changes to the Collective Bargaining Agreement.

However, that amicable arrangement fell apart about two weeks ago, after the CFL postponed the beginning of the regular season from June 11 to at least July 1, and the CFLPA raised paragraph 16 of the standard player contract as a bargaining issue. The league read that act as one of aggression, given that paragraph 16 states:

It is mutually understood and agreed that if the operation of the Canadian Football League is suspended, this Contract shall immediately be terminated and the remuneration to be paid to the Player shall be on the basis as provided by Paragraph 11 herein.

The CFL told the CFLPA there could not be any further progress made if the players insisted on discussing paragraph 16 and its potential to create a synthetic class of free agents. So talks were shut down.