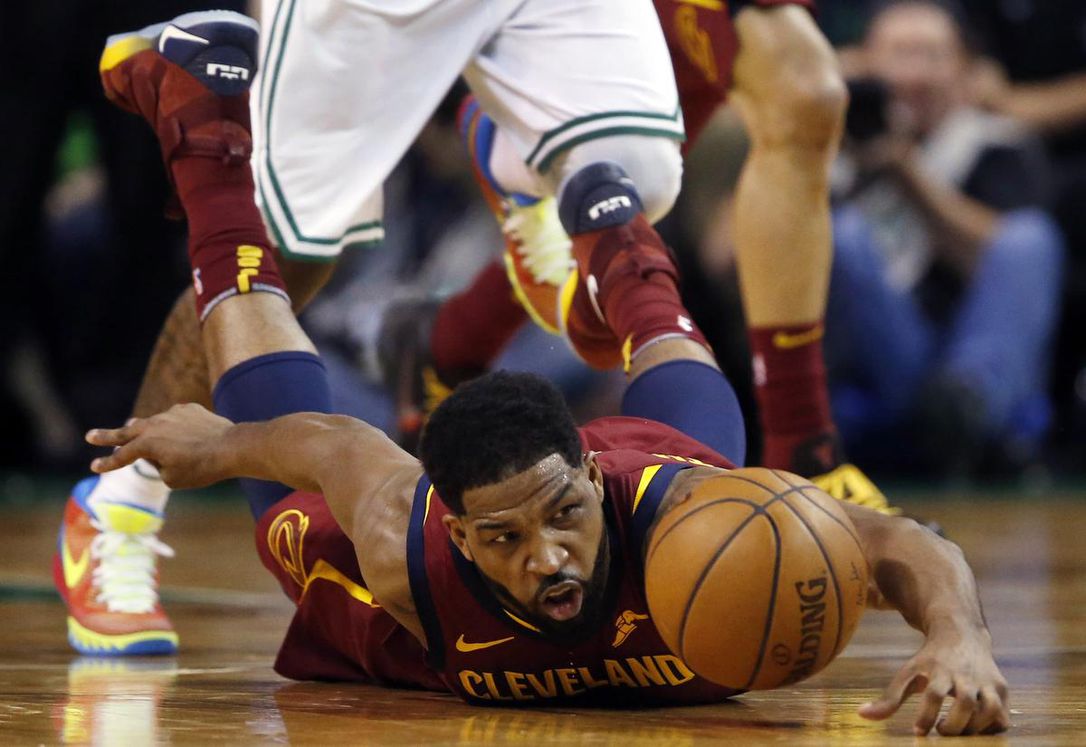 BOSTON—The assignment for Boston Celtics forward Marcus Morris in his first start this post-season was easy to explain but nearly impossible to execute.

His job: Guard LeBron James, and keep the four-time NBA MVP from running the Celtics out of their own gym in the Eastern Conference final for the second year in a row.

“He’s obviously the best player in the game,” said Morris, who during the week boasted that he was up to the challenge and on Sunday explained why he wanted it.

“Because I’m a competitor. He’s the best player, and I’m going to be able to tell my kids this one day.”

Morris scored 21 points and added 10 rebounds while pestering James into a playoff-high seven turnovers — and a playoff-low 15 points — and the Celtics opened a 21-point, first-quarter lead to scorch Cleveland 108-83 in Game 1.

Jaylen Brown scored 23 points and Al Horford had 20 for Boston, which ran off 17 points in a row in the first and never allowed the Cavaliers within single digits again. The Celtics led by 28 when Cleveland coach Tyronn Lue pulled James for good with 7:09 left.

“I have zero level of concern at this stage,” said James, who was 5-for-16 from the floor and missed all five three-point attempts.

“I’ve been down before in the post-season, but for me there’s never any level of concern — no matter how bad I played tonight, with seven turnovers, how inefficient I was shooting the ball,” he said. “We have another opportunity to be better as a ball club coming in Tuesday night, and we’ll see what happens.”

Kevin Love had 17 points and eight rebounds, and James added nine assists and seven boards. The Cavaliers missed their first 14 three-point attempts — Kyle Korver’s three with nine minutes left in the third period was their first — and shot just 32 per cent in the first half. By that time, Boston led 61-35 — the biggest halftime playoff deficit in James’ career.

“I think we’re very alert to the fact that we’ll get a heavyweight punch on Tuesday night,” Celtics coach Brad Stevens said. “It’s another great challenge, another great opportunity to experience something for this team.”

With injured stars Gordon Hayward and Kyrie Irving on the bench in street clothes, the Celtics continued their stunning run this season with what may have been the most surprising turn of events yet. A year after dropping the first two games at home against Cleveland in a five-game East final, the Celtics pounced on James, and the favoured Cavaliers were never really in it.

“The last couple of playoffs, and our meeting at the end of year, they blew us out of the water,” Boston guard Marcus Smart said. “We’ve got a different team, just like they do, and a lot of younger guys. So for them to see that, and have that feeling like we did tonight, is huge.”

The Celtics took the floor to a hype video that began with the broadcast of Hayward’s injury in the first quarter of the first game, at Cleveland. A variety of commentators predicted the team’s demise, including hall-of-famer Charles Barkley saying: “Their season’s over.”

As more players went down to injury — including Irving, who came over from the Cavaliers last summer but was done for the season in March — the prophesies grew even gloomier.

But there the Celtics were, back in the Eastern Conference finals against the Cavaliers for the second year in a row — with Hayward, Irving, Daniel Theis and Shane Larkin all injured and Stevens down to an eight-man rotation.

It was more than they needed. Morris backed up his boast that he could cover James better than anyone except Kawhi Leonard.

“Our confidence level is very high,” said Morris, who recorded the first post-season double-double of his career. “The younger guys to the older guys, we think we can compete and play with anybody. At the end of the day, all the talking is done off the court.”