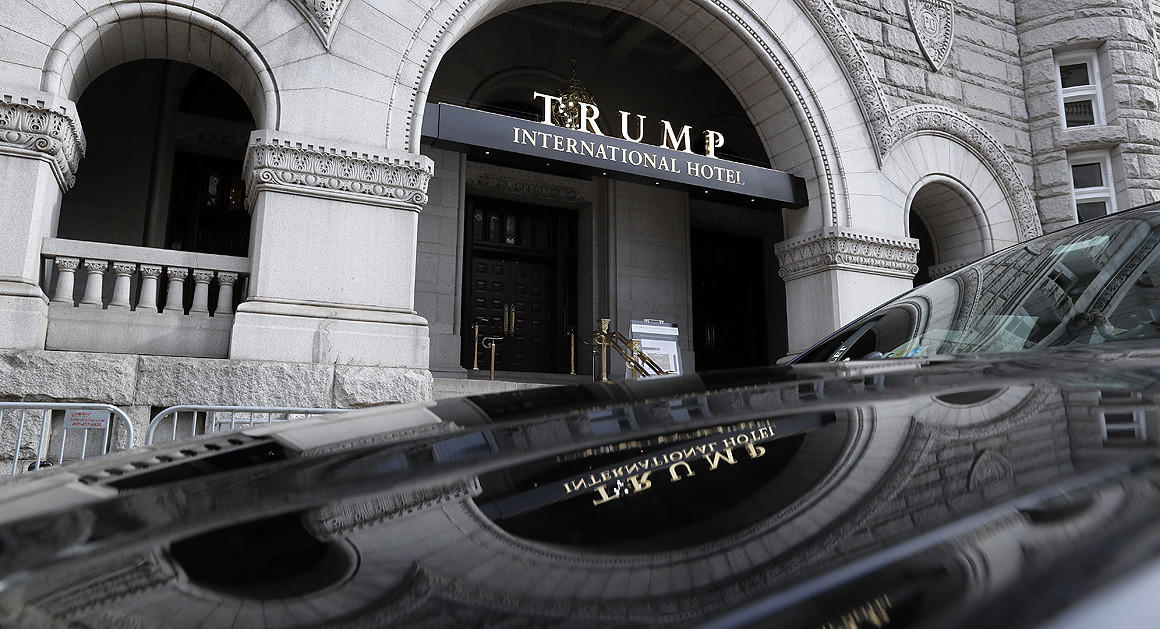 Donald Trump’s inauguration is shaping up to be booming business for Washington. It’s just not the type of business the president-elect may want.

Protesters distraught over Trump’s victory will be flooding into Washington next weekend, creating a potent — and potentially tense — mix as they collide with the billionaire’s die-hard supporters at hotels and restaurants, and on the National Mall. Like much of Trump’s campaign, the festivities and crowd descending on Washington for the inauguration will not neatly fit into Washington's norms.

"These are unprecedented numbers," Mike Litterst, a spokesman for the National Park Service, said about the protests. "We're trying to help the groups find suitable alternate locations."

The Park Service has credentialed at least 28 groups on the National Mall and is expecting more than 350,000, according to an internal agency spreadsheet. That’s compared to the five or six requests from groups that they usually receive for inaugurations. The service has struggled to accommodate all of the protesters, including a demonstration of about 200,000 women protesting Trump, and others who will sing and fast, for next weekend, Litterst said.

Initially, it looked like Trump’s inauguration could be a relatively low-key affair. After Trump won, a number of hotels, restaurants and party planners had a rash of cancellations, according to interviews with more than a dozen businesses.

epublicans in particular struggled to fill blocks of rooms at hotels, with an email last week going to Republican National Committee members encouraging them to pass it along to anyone who still needed lodging. "At this time, we are pleased to extend the room block to guests and affiliates of RNC Members and state parties. Rooms will be available on a first come, first serve basis," the email obtained by POLITICO says.

Also, the Inauguration Committee is hosting only three balls, a departure from the usual eight to 10, with a president who doesn't necesarily enjoy schmoozing and small talk.

Yet many hotels and businesses say they are doing fine — just with a different crowd.

The Embassy Row Hotel's main event next weekend is a women-themed disco, catering to the Women’s March on Washington planned for next Saturday. The invitation to "dance, dance, dance" at the Dupont Circle luxury venue bills three female DJs and colored wireless headphones but has no mention of the president-elect. The hotel is sold out.

Some restaurants like the Foggy Bottom bistro Ris, are expecting business to boom with a mix of protesters and guests, said owner Ris Lacoste, who was initially worried about whether there would be a dip in diners. Lacoste said this year’s event would have more protesters than she'd ever seen in Washington for an inauguration. "We're going to have all walks of life here," she said. "This one is very divisive. We want all the business we can get."

Stacy Smith, general manager for the Hyatt Place hotel located just four blocks from the National Mall, said the hotel’s the 214 rooms are almost evenly divided between revelers and protesters. Calling the inauguration "a very unique event," Smith said the hotel's senior management will roam in the lobby not only to greet guests but also to defuse tensions.

At the Courtyard by Marriott located on the Capitol Riverfront, hotel officials have hired outside security, worried about tense situations flaring up between Trump's friends and foes. They are also sold out.

"We've never seen anything like this for an inauguration," operations manager Jonathan Kebede said, noting the hotel hasn't felt a need to bring on additional security for other inaugurations.

To be sure, the traditional revelers are still coming, and some of Washington is behaving as usual. Lobbyists are throwing fetes overlooking the parade, hoping the views will lure new clients. Corporations like AT&T are throwing mix-and-mingles. One of the hot soirees is being hosted by former Ambassador Mary Ourisman at Cafe Milano, according to Sally Quinn, the Washington Post columnist and noted party host.

A representative for the Trump International Hotel, with its plush blue couches and cocktails starting at $24, said the hotel is sold out. At the St. Regis Hotel, long a favorite of dignitaries, where the master of ceremonies sabers a bottle of champagne every evening, the rooms are gone, a spokeswoman said. They are filled mainly with people celebrating the inauguration.

Liliana Baldassari, a spokeswoman for the Four Seasons, says rooms started at $1,925 and went to $20,000. Guests had to promise they'd stay five nights and were given a gold-encrusted, cast-leather stationery box. All the rooms are gone, she said, and revelers are already beginning to ship their long ball gowns.

But Quinn said many of her friends are skipping the parties — she is attending a birthday party instead — and many just want to leave town. Vivian Deuschl, a longtime D.C. hospitality consultant, said associations are having parties, "but you aren't having these glitzy, glamorous parties with the coveted invitations because the excitement is just not there."

"There are lot of venues in town that are normally full that are empty," said Philip Dufour, a D.C. party planner. "A lot of groups gave up holds on venues after the elections."

Philip Wood, general manager of the Jefferson Hotel, a boutique venue with 98 rooms, said there were many cancellations after the election. "Everyone was like, ‘What the hell happened?’" he said. Soon, the rooms were filled again.

This time, he's having a bipartisan cocktail party, hoping not to inflame tensions.

"We're concerned about the guest privacy," he said. "We have guests that are sympathetic to the two different parties staying with us. When alcohol is involved, sometimes voices get raised, so we'll be watching carefully."