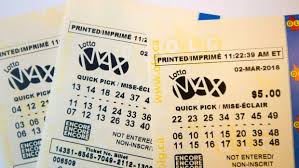 The Ontario Lottery and Gaming Corporation said the ticket was sold in the Sudbury region. It marks the fourth time the maximum jackpot was won in Ontario and the sixth time in Canada since the cap was increased in 2019.

Nine of the draw’s Maxmillions prizes of $1 million each were also won, with one of those prizes being split between two lottery players.

Winning Maxmillion tickets were sold in Ontario, Quebec, British Columbia and the Prairies.

The jackpot for the next Lotto Max draw on Mar. 2 will be approximately $24 million.