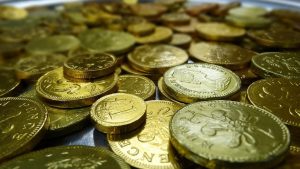 It’s surprising why people don’t come forth to claim the lottery prizes after all?! Amongst the most commonly known reasons for lottery prizes going unclaimed is that people assume that they haven’t won anything if they don’t win the jackpot prize. It’s important to note that you are still eligible for other substantial prizes even if you match a few numbers on your lottery ticket. Other than that, people often get discouraged seeing others win the jackpot, so much so that they don’t even check their own tickets for smaller prizes. Let’s tell you about some such biggest unclaimed lottery prizes in Canada.

The top jackpot prize for the $ 60 million Lotto Max Jackpot which was drawn on October 26, 2018 is yet to be claimed by the lucky winner. It has been confirmed that the winning ticket was sold in Edmonton. Kevin van Egdom, the spokesperson for the Western Canada Lottery Corporation (WCLC) said that it’s still a waiting game at their end until someone presents the winning ticket. All the winners usually have one year from the draw date to claim the prize, so it’s safe to say that this one went unclaimed. The province has 7 more unclaimed Maxmillions lottery prizes from early June 2018, including a couple of $ 1 million prizes.

As of now there are 26 unclaimed Ontario Lottery and Gaming prizes amounting to over $ 4.4 million. OLG is well known to pay out 99% of prize money every year. However, in 2018, while $ 2.38 billion was paid out to the winners, close to $ 24 million remained unclaimed. Of all these, there was a $ 1 million Lotto Max ticket that was sold in downtown Toronto in December 2018, which was never claimed.