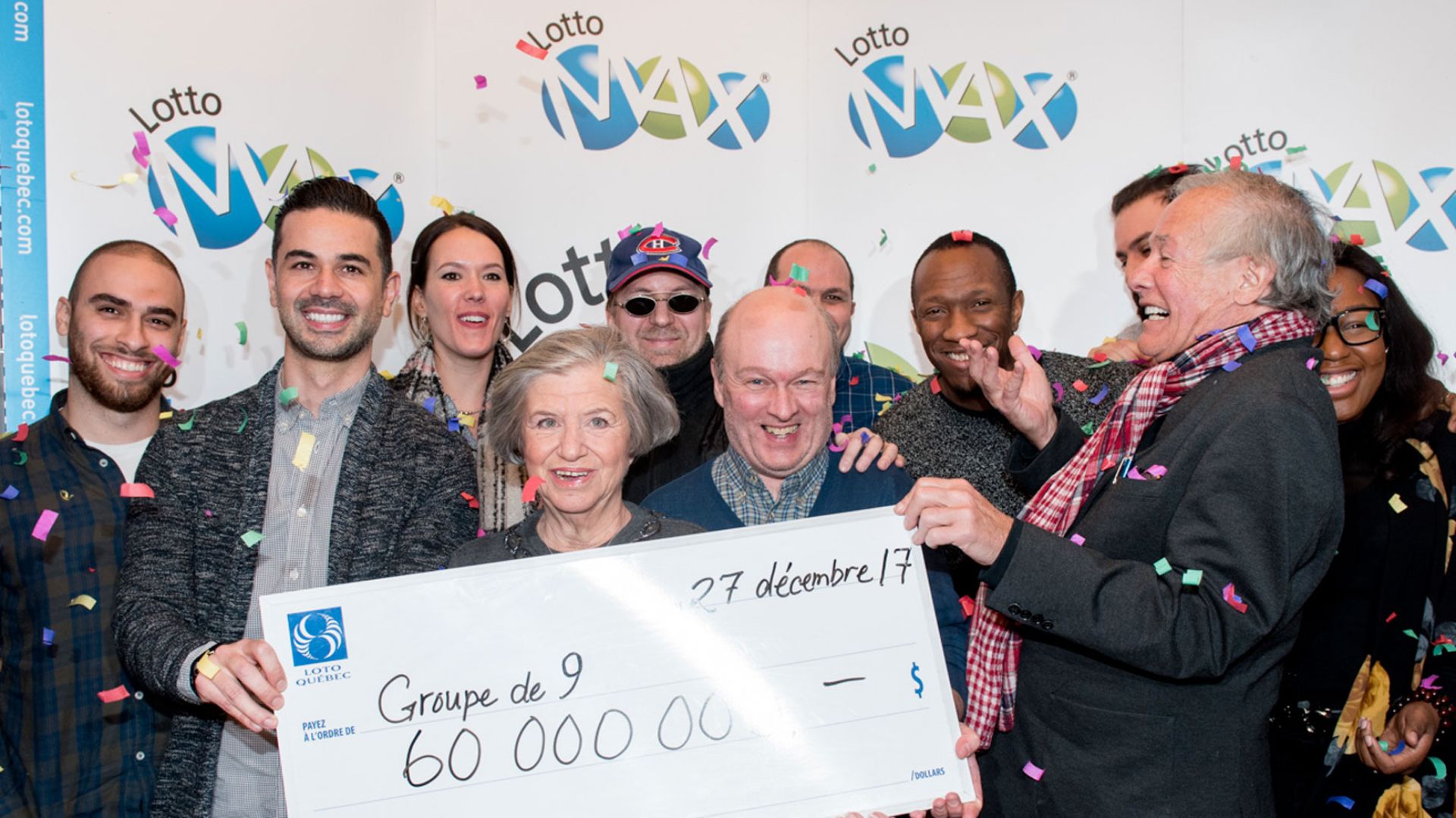 $60,000,000: That’s the mind boggling sum won by nine Montréal colleagues at the December 22 Lotto Max draw! This marks the third time in 2017 that the maximum possible Lotto Max grand prize amount is won in Québec!

Suffice to say this is an event worth celebrating! The lucky winners celebrated the historic jackpot this afternoon at the Delta Montréal hotel, where they received their cheques during a meeting with the press.

The winners, all colleagues who work in finance in Downtown Montréal, played using Formule groupe and split the prize into 9 equal shares, as follows:

Lotto Max is generous with Quebecers

Loto-Québec’s mission is to responsibly and efficiently manage games of chance in a controlled and measured fashion, in the interest of all Quebecers. Entertainment is at the heart of its activities. From January 1 to December 27, 2017, Loto-Québec paid out 104 prizes worth $1 million or more and created 131 millionaires. Gagnant à vie! and Grande Vie lotteries have provided 29 lucky winners with a lifetime annuity.