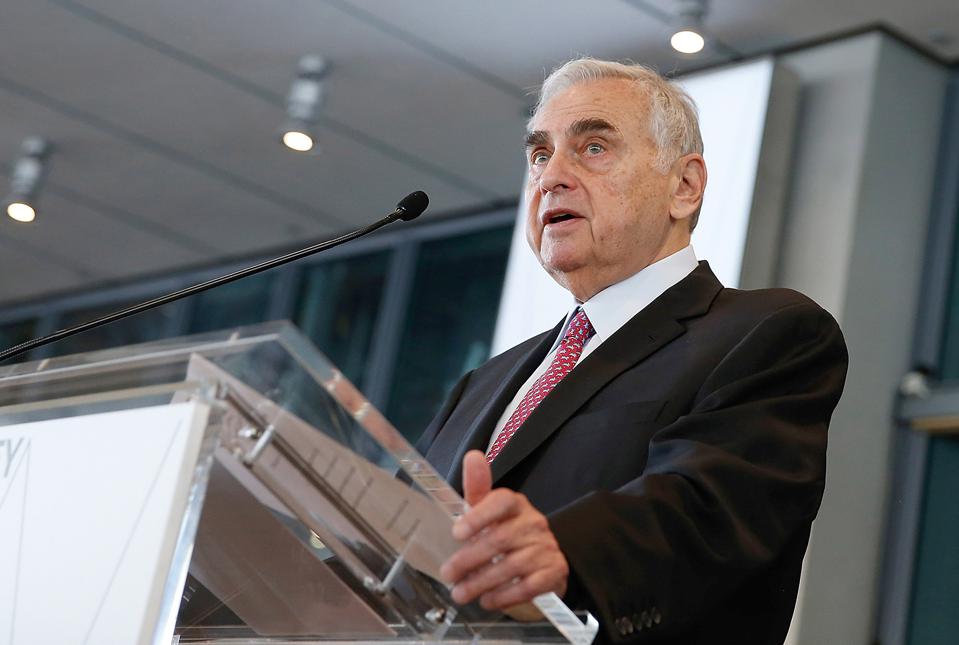 As more states look to legalizing online betting to raise revenue, one Chicago billionaire is already cashing in on the fast growing industry. Real estate magnate Neil Bluhm, who cofounded online casino and sports betting outfit Rush Street Interactive (RSI), got more than $1 billion richer when his firm closed on its merger with the blank check company dMY Technology Group on December 30.

Bluhm, 83, founded RSI in 2012 with his longtime business partner Greg Carlin as an offshoot of his Rush Street Gaming, which owns casinos in Illinois, New York and Pennsylvania. RSI offers sports betting, where customers bet on sports games online, and online gambling, where customers play various casino games such as blackjack and slot machines digitally. RSI recorded a $90 million loss on $178 million sales in the first nine months of 2020, with expected revenues of about $270 million for the year. RSI expects sales to grow to $320 million in 2021. “We’re growing like a weed and we’re adding states all the time,” Bluhm told Forbes in a phone interview. “The growth potential is tremendous.”

He owns a 54% stake in RSI worth $2.3 billion, part of his estimated $6.3 billion net worth, which includes Rush Street Gaming as well as a real estate portfolio spanning from California to Chicago and small stakes in the Chicago Bulls and the Chicago White Sox. Carlin’s 17% stake in RSI is worth about $720 million. The value of RSI has more than doubled since July, when the firm first announced its plans to go public.

RSI went public by merging with a special purpose acquisition company, or SPAC, an investment vehicle with no operations which goes public to raise funds to acquire a privately-owned firm. It’s the latest to join the SPAC boom after RSI’s main competitor, DraftKings, went public via SPAC in April and Texas billionaire Tilman Fertitta’s Golden Nugget Online Gaming completed its own reverse merger on December 30. The DraftKings IPO minted a new billionaire, Israeli entrepreneur Shalom Meckenzie, whose 6% stake in the company is now worth about $1.2 billion.

RSI is currently active in nine U.S. states — Colorado, Illinois, Indiana, Iowa, Michigan, New Jersey, New York and Pennsylvania — and the country of Colombia, while DraftKings operates in 11 states as well as the U.K. and Canada. DraftKings is one of the leaders in the sports betting market, but RSI is a bigger player in the online casino industry. According to Macquarie Group analyst Chad Beynon, RSI controls about 15% of the U.S. online casino market, equal to privately-owned FanDuel and more than DraftKings, MGM and Golden Nugget, which each have 10% market share. In sports betting, FanDuel and DraftKings together have about 60% of the market, with RSI in the low single digits.

"You really have to look out a couple of years and say, 'what will the market share be for some of these winners in the market?’ Unfortunately this is a time where we're thinking like software analysts, where we put a multiple on 2025 or 2030 numbers,” said Beynon. “The next question is what does Rush Street do between 2021 and 2030? DraftKings is out there and they have the market access, and Rush Street has done very well in the markets that they're in.”