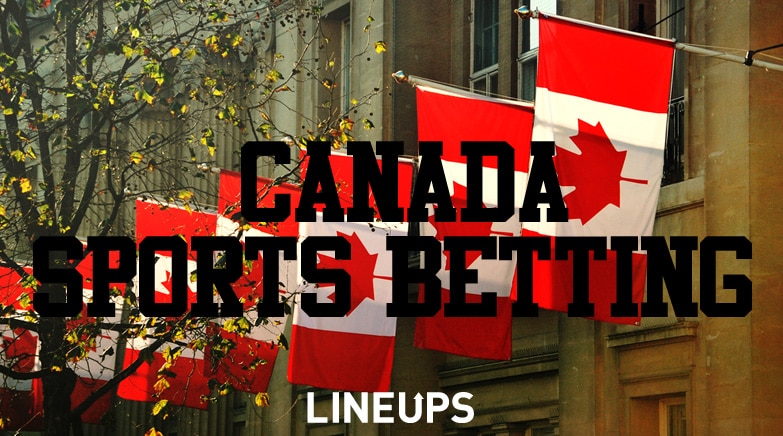 Canadians have been in love with gambling before the country even formed in 1867. Betting in Canada goes all the way back to the 1400s, when native tribes would gamble among one another. Things great from there over time, and in the early 1990s, Canada legalized sports betting in the country.

Horse racing has been against single-game betting as the industry believes it would completely ruin horse racing in Canada.

According to the Canadian Gaming Association, sports betting in Canada is a C$1 billion industry and could grow to C$14 billion if it expands the industry. This would be a dramatic increase in revenue that Canada can use in its country. Canada also sees partisanship from both parties of legal single-game betting, and if it happens, the country will be thrilled that they did.

The sports betting age sits between 18-19, depending on which province you are in. This is a few years younger than the U.S. sports betting age of 21, which does Canada bring in some more revenue with having more of the population able to bet on sports.

History of Betting in Canada

Canada legalized sports betting in the early 1990s allowing Canadians to create parlay bets for the first time in its countries history. It wasn’t until the early 2000s when Canada expanded what markets could bet on in the parlays. This allowed spread bets and totals to be parlayed in Canada.

The country was not satisfied there and worked on bills that will legalize single-game betting across the country. However, success has not been there.

In 2012, the House of Commons unanimously passed a single-game sports betting bill that would expand its sports betting industry. The bill was on its way, with several lawmakers backing the new bill. In 2015, Bill C-290 was never approved by the Canadian Senate and died that summer. Parliament tried to then introduce another sports betting bill in 2016, and again, the bill failed to pass.

Bill C-221 and Bill C-290 have struggled to gain backing over the last few years and did not see another bill come through after 2018.

Every time single-game sports betting is brought up among Canadian lawmakers, something happens where the parties cannot agree with the new industry as the bill falls. 2020 could be different, as Canada faces a budget deficit that could partially be made if the sports betting industry is expanded.

There is no guarantee that this will be the case, but seeing lawmakers from both parties supporting the bill does help give it traction as it moves forward in Parliament.

Canada has over 100 casinos in the country that are spread out across all 10 provinces. The first casino opened in 1972 called Diamond Tooth Gertie’s Gambling Hall in Dawson City in the Yukon Province. The casino is 127 km from the U.S.-Canada border.

Ontario has the most casinos in the province at 28, while Alberta is a close second at 25. These two provinces have over half the casino in Canada, with a combined 53 out of the 104 in the country. Seven of the Canadian casinos are considered racinos, and an additional three are racing entertainment centres, similar to off-track betting sites in the U.S.

888sport
888sport has been online since 2008 and is a great sportsbook to use for recreational bettors. It also offers a 100% deposit match bonus up to $200 when you sign-up. 888sport has an online betting app and have standard juice at -109 instead of -110 like most sportsbooks. 888sport also has limited live betting options.

Bet365
Bet365 is for more seasoned sports bettors. The sportsbook has sharper lines but does have competitive odds on a variety of sports. Bet365 also has a 100% deposit bonus that it is offering new customers when they sign-up. Bet365 is more focused on live betting, as it puts the odds right in the middle of its sportsbook.

Betway
Betway is a great way sportsbook to use if you are new to sports betting. Like its competitors, Betway also offers a deposit match bonus of 100% up to $250. This is a great sign-up bonus to take advantage of if you are new to betting. Betway is easy to use and has a user-friendly app, so you never need to worry about getting lost.

Bodog
Bodog is the oldest sportsbook in Canada as it was founded in 1994 by Calvin Ayre. The sportsbook started for Canucks fans and has now grown into sports betting online casinos, and poker. Bodog has a Las Vegas-style mobile betting app to use and is one of the most popular sportsbooks to use in Canada.

Pinnacle Sports
Pinnacle is one of the most prominent sportsbooks in Canada and across the world. It is a very efficient sportsbook with some of the most friendly odds offered. Pinnacle has -105 juice, which five cents lower than a typical juiced line. There is no sign-up bonus, but you won’t need it with Pinnacle.

There is also strong competition in some provinces with offshore and illegal sports betting taking place. With a small number of legal sportsbooks in each province, this creates less competition, and odds and sportsbooks are not as friendly for its customers.

Legalized single-game sports betting would change the game in Canada. This could really open up the whole industry as more sportsbooks would enter the country and bring more competition among the sportsbooks. With nine of the ten provinces already have legalized online betting, this helps with quick expansion.

Alberta could find issues early on if single-game betting launches. It’s betting industry would be behind the other provinces since mobile betting is not legal. Alberta will most likely reconsider if things change in the country, as they will want to take advantage of the potential revenue.

The Canadian sports betting market is roughly C$1 billion, as of writing. Experts believe this market could hit C$14 billion once single-game betting becomes legal. It would grow exponentially under the new laws and would change the game in Canada.

Canada has a population of 37.59 million, which is just under the size of California. Although no state can compare to what California sports betting would look like, the country adding C$14 billion to the sports betting market would be huge.

Ontario is the largest province with 13.4 million residents. Pennsylvania is closest in population to Ontario, and the Keystone State had a betting handle of $525.8 million in October 2020, which was a record for the state. Ontario could see similar numbers with its size and how many casinos are operating in the state.

There are also seven sportsbooks operating in the country, which could jump pretty quickly if single-game betting is available. A company like TheScore would benefit greatly from Canadian single-game wagering, which has headquarters in Toronto, Ontario.

There are a chance American sportsbooks like DraftKings and FanDuel make their way up north if single-game betting becomes legal. The Canadian betting market competition would be a learning curve for the U.S. giants, keeping them away from heading north.

DraftKings and FanDuel have benefitted from timing the U.S. betting market perfectly with the U.S. Supreme Court redacting PASPA in 2018. Other Candian sports companies like TheScore, TSN, and SportsNet would have the edge with recognizable branding, while foreign sportsbooks would need to get around.

When sports betting originally became legal, Canadians were only allowed to create money line parlay bets. However, over the years, that has expanded to spreads, totals, props, and more, which has helped expand the overall betting market.

Offshore and illegal sports betting is still a huge factor in Canada, which be reduced greatly if legal single-game betting was allowed in the country.
Some of the most popular sports to bet on in Canada are:
American Football
Baseball
Basketball
Boxing
Cricket
Golf
Hockey
Horse Racing
Motor Racing
MMA
Soccer
Tennis

There is a great variety of sports you can bet in the country despite only bet parlays. The most popular sports to bet are ice hockey, curling, football, soccer, basketball, and horse racing. Again, provinces do set their own sports betting laws that citizens need to abide by. Some of the regulations are the sports, and what betting markets are allowed in each province vary.

The sports betting market could open up if single-game betting is available. Prop and futures markets could greatly expand as sportsbooks might not feel the burden of the potential liability that comes with parlaying bets in those markets. Also, Canada can add more sports into the mix, including popular U.S. college sports and other international markets.