What Public Markets Are Saying About the Value of Real Estate 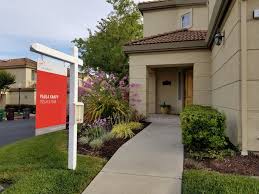 For better or for worse, much of the world of commercial real estate is insulated from the wild antics of ‘retail traders’ causing chaos on Wall Street. Investors, without access to massive wealth or lines of credit needed to purchase commercial properties, looking to speculate on the future of the asset class have flocked to real estate investment trusts (REITs). Unlike a lot of speculative bets on unprofitable companies, REITs are backed by the value of real estate holdings and rent collections. They are a less speculative investment that pays high dividends by design, giving investors, often large institutions like pension funds and endowments slow and steady income, much like a bond or annuity. REITs have also gone increasingly niche, there are now REITs that operate in practically every sector of business. The performance of REITs can tell you a lot about what investors, sophisticated and not, are thinking about where future value can be found in real estate. We rounded up some of the top REIT sectors gaining attention.

REITs specializing in serving the rapidly growing cannabis industry across the United States are sparking up high margins. While ‘pot stocks’ have been hit or miss, the structure of REITs looks like a safer route for cannabis industry investors. Shut out from traditional lending by legal issues at a federal level, cannabis enterprises that want to expand must seek other forms of capital. That’s where cannabis REITs step in, offering a one-stop-shop, providing financing, brokerage, and construction services, leasing back the asset to the cannabis purveyor.

Innovative Industrial Properties, which owns 67 properties in 17 states, has gone gangbusters since its inception in 2016, seeing a 1,200 percent return. Stock in the REIT is up 123 percent over the past 12 months, backed by steady rent collection in the face of a global pandemic. The company also boasts an excellent dividend growth record, recently raising its payout to 6 percent. The company is by far the largest and most public cannabis-specific REIT, but others are emerging as major players. Subversive Real Estate Acquisition is working its way onto exchanges, and it’s only a matter of time before private cannabis REITs like AFC Gamma Inc and GreenAcerage get listed.

Cannabis is subject to rapidly changing laws and business practices, giving businesses that have already stood up their operations a critical edge in navigating future regulation (or deregulation). If you’re thinking of investing in the budding cannabis industry, be ready to be adaptable. But slowly but surely more states are legalizing medicinal and recreational cannabis. There has even been talk of federal legalization under the current administration but no official position has been taken. Based on the skyrocketing numbers across cannabis REITs, it’s clear public markets think this is a real estate sector with lots of room to grow.

You might be surprised to learn major telecommunications providers don’t own the land cell towers sit on. This arrangement has created one of the most lucrative REIT niches. By far the biggest player is American Tower, which owns tens of thousands of communications sites, ranking 410th on the Fortune 500. The REIT has seen blockbuster gains but has suffered as of late after hitting all-time highs last summer, giving investors an interesting opportunity to buy-in. Other players in the space, like Crown Castle International and SBA Communications Corporation, offer similar opportunities. Capital spending in the wireless industry continues to grow by billions annually, expected to hit $42 billion in 2021.

Cell tower REITs have a proven track record, giving them prestige and price premiums. It is certainly not a sector investors come for moonshot gains. Cell tower REITs are viewed as an attractive alternative to low-yield bonds. Prices may be coming off peaks, but they’re still healthy and the long-term outlook looks likely to hold. Public markets don’t see people getting off their phones any time soon so the demand for wireless services and the land that cell towers sit on is seen as a pretty safe bet.

If you have a conversation about information management REITs, you are guaranteed to be talking about Iron Mountain. With more than 720 million cubic square feet of storage at roughly 1,500 facilities across the globe, Iron Mountain REIT is dominant in the space. It is both a leader in physical and digital storage. The pandemic has not been kind to Iron Mountain, but while revenues have slipped, the REIT is still beating estimates and allowing the firm to maintain liquidity ahead of aggressive expansion projects. Nearly two-thirds of the companies business comes from physical storage, but that’s rapidly changing as companies shrink paper usage. Iron Mountain entered an investment trust with Web Werks, where it will invest an estimated $150 million over the next two years, enabling Web Werks to expand operations across India. The REIT’s ambitious “Project Summit’ initiative looks to cut costs and fuel EBITDA growth.

Public markets aren’t too keen on the long-term prospects of growth in physical storage. While the rent is a nice boost to the bottom line, less paper is being used and stored every year, threatening a core stream of Iron Mountain’s revenue. The impending end of the pandemic means offices will be back online soon, putting things back on track for Iron Mountain. For the most part, Iron Mountains prospects are tied to the office buildings that generate what they store so in a way a bet on Iron Mountain is a bet on the future of the office.

Investing in lumber means investing in the land used to harvest it. With housing and construction demand at all-time highs, material prices have gone through the roof, boosting the timber business. Weyerhaeuser owns 11 million acres of timberlands in the United States, leading to an additional 14 million in Canada. Backed by a historic number of housing starts demanding lumber, Weterhaeuser’s price is up 45 percent from this time last year. Rayonier, Potlatchdeltic Corp., & Catchmark Timber Trust all posted similar results, making timberland REITs the top-performing REIT sector in Q3 2020. The four publicly traded Timberland REITs have a combined market cap of roughly $30 billion.