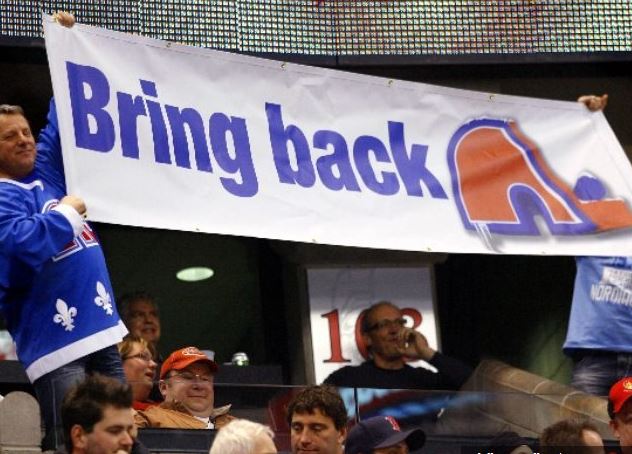 The Nordiques left Quebec City following the 1994-95 season, moving to Denver to become the Colorado Avalanche. Since that time, there have been many efforts to bring the NHL back to town. All have failed. Blame Gary Bettman, blame the Canadiens, blame the Canadian dollar, blame whomever you wish. The fact is Quebec City is still without NHL hockey and that’s simply not right.

Jimmy Mann played three seasons for the Nordiques in the mid-1980s. The Quebec native and former winger is holding out hope that a Nordiques comeback is still in the cards. “I think they will return under the right conditions,” Mann told Breitbart Sports. “Right now, they are in my opinion, not stable enough.”

Like so many things in sports and in life, money is playing a big part here. “They are not financially solid,” said Mann. “They are fighting about who is going to pay, looking for taxpayers for financial help, which isn’t going over good with the public. But, never say never. They need investors that will use their own money, like Winnipeg did. Great organization, but Quebec can be a great organization too, with the right people in place.”

Whatever the reasons, Severyn, who spent time with six NHL clubs, believes Quebec City deserves better. “I would like to see the team back in Quebec,” he said. “Such a great hockey town. Of all the teams I have played for, they have the most passionate fans. The Montreal-Nordique rivalry would be nice to see again.”

That rivalry with the Canadiens was like no other. From province bragging rights to beer company wars to on-ice brutality, this feud had it all. The Good Friday Massacre summed up this battle in a microcosm. The 1984 playoff game featured 11 ejections and 252 penalty minutes. Of the 119 Nordiques penalty minutes, 2 of those were served by Blake Wesley for holding. The former defenseman wants to see the Nords come back, despite several obstacles standing in the way.

“I think it would be great to see the Nordiques return to Quebec City,” Wesley said. “There are many factors that the league has to weigh before accepting a bid to have a team. The city needs an ownership group that has very deep financial resources. They would have to pay a steep expansion price for a new team. The city needs the business corporations and community to support the sustainability of a new franchise. Would people be able to afford to pay the steep ticket prices of today’s economy? It’s great that Quebec City has a new building. but they have to fill the seats to generate additional revenue. The economics of the game has changed immensely since the Nordiques left for Colorado. The new CBA has changed the game. How can Quebec City attract players? Taxation is very high on player salaries. Some guys weigh those things before they sign with teams. There is not as much loyalty because of free agency.”

Daunting. But not impossible. While teams in Arizona, Ottawa, and Florida struggle to bring in fans, Quebec City would welcome a new team with open arms.

“The fans in Quebec are the best,” Mann said. “They love their team and the game. Wow, do they ever. The rivalry between Quebec and Montreal was one of the greatest rivalries ever between two teams. It was really a way of life for a lot of people, it was fun.”

Severyn agrees. Nordiques fans are a spirited bunch. “Quebec City is special, as it was my first introduction into the NHL,” Severyn said. “The city was all in when it came to the Nordiques. When you play in cities in the US, the media attention and fans are not the same. Canada and Quebec are hockey crazy and I’m so blessed to have been able to play in that atmosphere. In the quarantine, I am scanning all family pictures, a big task. There are a bunch of old pictures I have from the Nordique days. It’s fun to go back to that time.”

Nordiques fans hope to go back to that time again.