CBC Comedies Bringing Something Crazy to the Party: Joy 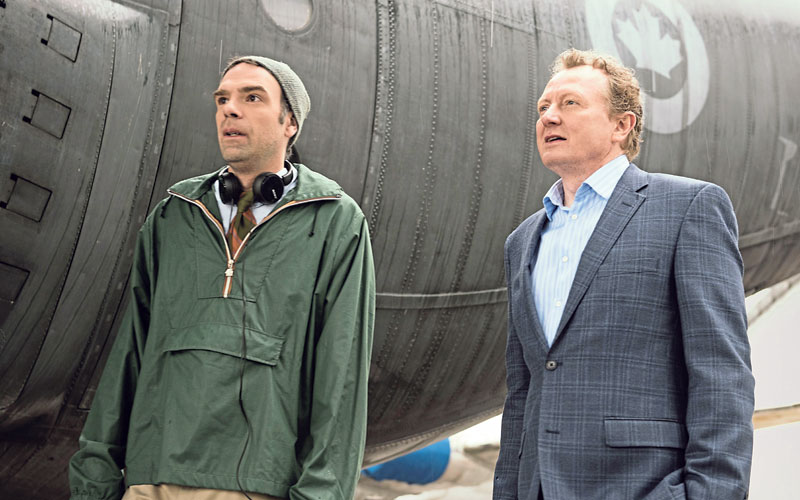 The Moment: Something crazy good

“What are you thinking?” Michael (Matt Watts) asks Claire (Tommie-Amber Pirie) as they make a hotel bed. “That we are going to do something crazy,” she replies.
“We are two responsible adults,” he deadpans. “We are not going to do anything crazy.”

Cue the salsa music! Cut to Michael’s shrink, David (Bob Martin) as he runs down the hotel hallway with his new friend Gary (Don McKellar), prankishly knocking on every door. They steal food off a room service cart. They steal the cart. In a fantastic over-the-shoulder shot, David careens down the hallway on the cart, pushed by Gary.

Meanwhile, Michael and Claire wildly tug at each other’s clothes, banging into the headboard. He: “I can’t see!” She: “No, it’s sexy!” The scenes reach a simultaneous crescendo as Claire cries out during sex, and Gary whoops by the pool. “I have not had this kind of fun in ages,” David says.

Me neither, David. The first season of this show, about a lonely psychiatrist and his anxious client (Martin and Watts, who co-created it), had a low-key, shaggy-dog vibe that was possibly ahead of its time. But with series like Atlanta, Insecure and High Maintenance, we seem to have caught up to it.

This season ups both the filmmaking flair (McKellar directs many of the episodes) and the giddiness, which is as delightful as it is hard to pull off. Between Michael, Baroness von Sketch and Workin’ Moms, a welcome trend is popping up in CBC comedies: joy. I sincerely hope it lasts.

Johanna Schneller is a media connoisseur who zeroes in on pop-culture moments. She appears Monday through Thursday.