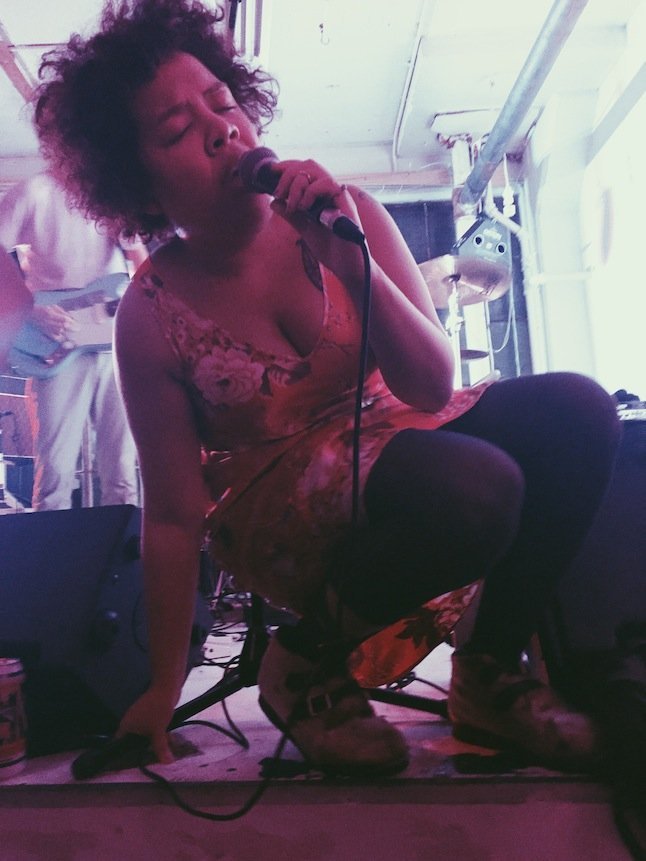 In the aftermath of the fire at Oakland DIY venue Ghost Ship in December, where 36 people died, unlicensed event spaces are under increased scrutiny all over North America. Add that pressure to the ongoing threat of gentrification and rising property values in Toronto and it’s no wonder many are worried about the future of unconventional venues.

But what do we mean by DIY? There’s a world of difference between an intimate folk concert in a living room and a dance party in a warehouse, a punk gig in a loft and an experimental music show at an art gallery. And what exactly sets them apart from bars and clubs?

“There’s a broad spectrum, so it’s hard to say what’s DIY and what’s not,” says Mikey Apples, who cut his teeth organizing shows in unconventional spaces before opening the boutique club Bambi’s on Dundas West.

“I think ‘normal’ venues to some people have come to represent stale bookings and zero risk-taking. The other thing is that when you’re hiding under a rock at a DIY space, you’re almost assured that you’re going to have more like-minded people there who are also looking to escape going to a typical club.”

The common ground between the various iterations of DIY is that they’re spaces not necessarily built to be event venues. They might not have quite enough bathrooms and don’t usually have a bar, some might use the floor as a stage, and sound systems can be makeshift affairs. For both patrons and performers, the appeal comes more from the motivations behind the space than the facilities.

“Bars and clubs understandably care more about bar sales,” explains April Aliermo, who’s performed at unconventional venues all over the world with her bands, Hooded Fang and Phèdre. “DIY spaces may need to make some money to sustain them, but it’s not the main thing. Community is really what’s driving them.

“There’s an automatic camaraderie between the people running them and the musicians. They offer us their houses to sleep at and sometimes even make us home-cooked meals. You don’t tend to get that when you’re playing a bar.”

Decades ago, the desire to provide better financial rewards for musicians led to the creation of long-running bi-weekly all-night jazz jam known to devotees as Lorraine’s.

A school teacher by profession, Lorraine (last name withheld) started dating a jazz musician and was dismayed by how poorly he and his peers were paid by bars. Between 1992 and 2003, her intimate late-night parties provided not only income for those musicians, but also a unique semi-secret community hub for fans. While she no longer hosts events, she regularly runs into people who tell her how much the jams meant to them.

“It was private, so people felt privileged to be there,” she says. “People were always so careful about it. They could bring friends they knew were cool, and that’s how it grew. There were rules about who you could bring: no goofballs. The main rule was that you had to behave civilized. And if you didn’t know what civilized behaviour was, I’d come and tell you.”

That’s perhaps the key distinction between bars and DIY, and the aspect that’s hardest to reproduce in a licensed venue. Because of how precarious unlicensed venues are, patrons and performers are invested in the experience in a different way. The secrecy makes it harder for outsiders to infiltrate, which in turn makes the people there feel part of something special.

City council has recently begun investigating ways to work with unconventional venues rather than simply throwing the book at every unlicensed spot, although specific initiatives have not been announced. Fire safety isn’t an aspect that can be dismissed, though, and some spaces won’t be able to get a pass without significant expensive renovations.

Meanwhile, in Oakland, Mayor Libby Schaaf has issued an executive order outlining new inspection protocols to improve safety at un-permitted venues “while reducing the risk of displacement.” The government has also promised a $1.7 million grant to create affordable spaces for arts organizations.

But there’s a larger question still. If a big part of the magic of the DIY scene is its underground nature, can that sense of community survive being dragged out into the light? If the appeal comes in part from going against the system, does getting support and recognition from that system change what DIY means?

“DIY communities have always been very autonomous, reliant on themselves, and they often operate in secret,” Aliermo says. “Getting the city involved at this point could be really good, but I don’t know how to go about doing that. I think it’s possible, but both parties need to be open and understanding.”