“Fake News” and the War on Journalists 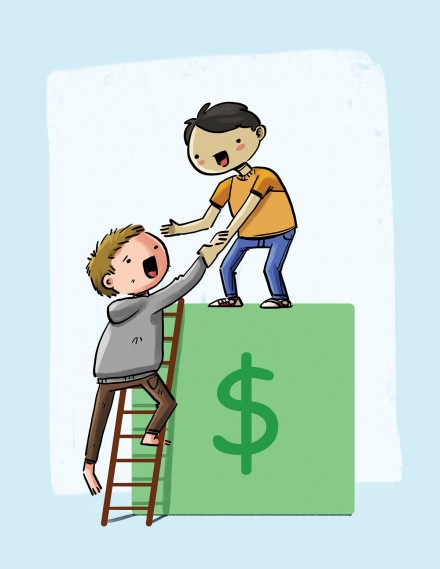 Now let’s add another—journalists and those rights are being threatened by Donald Trump’s war against the media.

Having access to uncensored information about politicians is vital to the average person. People need to know what policies and regulations are being put into place and how they affect their lives. That’s the role that journalists play in society. They break down the machinations of politicians and hold them accountable.

Most of us get this information from the news, whether it comes in newspapers, smartphone apps, on television, or even on Facebook.

However, U.S. President Donald Trump is actively discrediting journalists by calling them untrustworthy and accusing their outlets of producing “fake news.” Recently he furthered this attack by declaring what has been described as a “war against the media.”

In early January, reports surfaced from the New York Times, the Washington Post and CNN alleging that Russia had interfered in the election, spinning the results in Trump’s favour. These reports potentially had compromising details about Trump’s finances and his personal life.

Trump, as he often does, took to his favourite social media tool—Twitter—and stated that this information was “fake news – a total political witch hunt.” Yet he has done nothing to dispel these allegations.

At his first press conference, Trump refused to take questions from Jim Acosta, a reporter with CNN. “Your organization is terrible […] No, I will not give you a question, you are fake news,” Trump said to Acosta, accusingly pointing his finger at the reporter.

As a journalism student, you can imagine my frustrations with this outright attack against the profession. It’s our responsibility to ask the tough questions and report back to the people.

Most journalists go to great pains to fact check, find credible sources and edit their work to ensure that the stories they produce are as accurate as possible. Trump’s treatment of Acosta was shocking to many. It wasn’t just an attack on journalists, but a threat to the accessibility of news and information. And the stakes are high—Trump’s comments threaten the freedom of the press itself.

From a macro scope, trashing media outlets and calling their reporting “fake news” could drastically affect the relationship between the press and the public. People rely on the news to stay up to date. Where will they go if they start to believe that they can’t trust the news anymore?

The hallmark of democracy is defined by an access to accurate and politically uncensored information. It allows people, regardless of where they live or their social capital, to know what is happening in their communities, countries and the world around them.

For the average person, information is power. Trump’s attempt to put down journalists disrupts people’s ability to make informed decisions. Where do people turn to for information when our journalists are not allowed to ask questions? How are politicians supposed to be kept in check when they no longer have to answer to the people they represent?

It’s a slippery slope when we begin to demonize journalists and their duty to report the facts and inform the people.

We have a right to see all sides of a story in an unbiased and factual way. Politicians should not tamper with people’s access to information. If Donald Trump’s “fake news” shows us anything, it’s that the need for critical and in-depth reporting is more important now than ever.