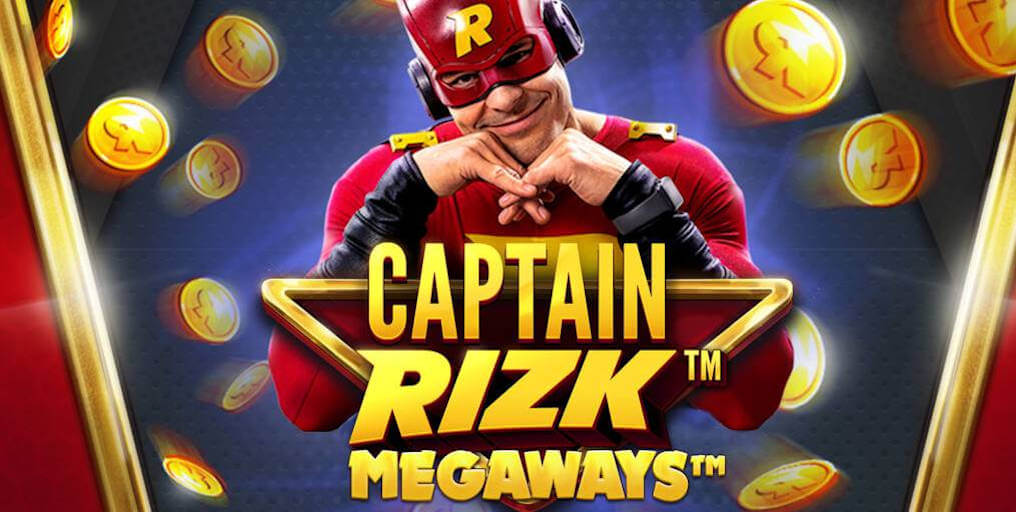 Rizk Casino is one of the very few online casinos that has taken the gambling experience to a whole new level, with a more modern and youth-centric approach. Behind this largely successful and reputable casino is the famed “Captain Rizk”.

Rizk took the online casino industry by storm in 2016 and upon realizing the unique interest of newer and younger generational players, the operator introduced a mascot that has carried the brand solidly on its shoulders for years. Captain Rizk has become the casino’s superhero, representing the brand through unique storytelling, and creating a stronger connection with players.

Since the start of its operations, Captain Rizk—also known as the “No BS superhero”—has been the official spokesman of the company. Dressed in red spandex, complete with a black cape and a red mask, the mascot draws inspiration from many other superheroes, particularly the 60s version of Batman and Marvel comics. He oversees bringing daring changes to the online gaming world and consistently supplying the community with top-notch games from only the best providers.

“I’m very ordinary, just a regular guy who puts on his pants one leg at a time. After my 50-egg omelette and 80 kilometres run every morning, I usually hang out at Rizk.com to make sure players have a great time. Maybe that’s another superpower of mine?” said Captain Rizk in a mock interview while describing himself.

Players who are new to online gaming typically expect to get some enticing offer to grab their attention away from the myriad of other available casinos, and Captain Rizk is always up to the task. First-time players can enjoy amazing casino sign up deals to help them get settled in nicely. You’re instantly tasked with spinning the “Wheel of Rizk” on your first visit to the casino—an exciting gamification feature to reward first-time customers. Reading Rizk Casino review Canada, players are quite enthusiastic about spinning this wheel of fortune because they get to win fantastic prizes that are completely wager-free.

To ensure everyone stays updated, the casino mascot has a Twitter account that is quite active. There, he builds a deeper connection with his audience by sharing several promotional offers, news on the latest updates, motivational ideas, and any other important information.

Captain Rizk’s Twitter profile mirrors that of a real person to the point where it is almost indistinguishable. If you’re new to the online gambling space, you could easily be fooled into thinking the “Batman of the casino industry” was a real person. Quite often you’ll get to see the mascot taking photos at different locations around the world, wearing his famed red superhero costume and sending warm messages to players in his gravelly voice.

Today, the world of online gambling has become highly competitive and saturated with new casinos popping up nearly every day. In a bid to stand out from the crowd, Rizk introduced their own casino mascot, and that single idea is propelling it to the top of the online casino industry.

Captain Rizk is using Twitter as a medium to increase its reach and build a stronger and more personal connection with new and existing players. While the whole idea of a superhero casino mascot might appear somewhat hilarious and strange, it is well-founded when viewed from a business perspective. The mascot has drawn the attention of new generation players and helps the operator to better connect and understand the needs of their players.

If you enjoy playing slots, then you’re bound to have a swell time at Rizk Casino as they have slots from the top gaming provides including Thunderkick, Microgaming, Net Entertainment, and NYX Gaming. There are over 500 different slot games available for players to choose from, and a gentle warning would be that you’re likely to get hooked on them—especially with Captain Rizk spurring you on at regular intervals. All of the popular jackpot slots including Arabian Nights, Mega Moolah and Mega Fortune can be played at Casino Rizk and there’s also an exclusive slot game called “Psycho”—which is named after the famous thriller saga by Hitchcock.

Rizk Casino has established itself as one of the biggest online casinos in the world today, and thanks to the growing presence of their superhero mascot, Captain Rizk. The mascot has continued to drive more engagement to the casino website by adding a fun element to online gaming. The Captain, alongside his sidekick, Lucky the Superdog, accompanies players throughout their journey on each game, making useful suggestions and helping players gain more profit.