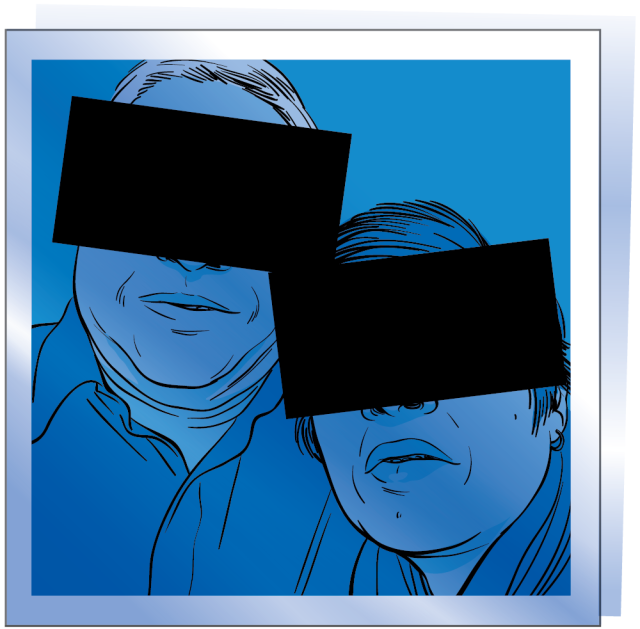 In Alberta, a couple we’ll call Phil, 65, and Celeste, 56, are moving toward retirement, pushed by age and health issues.

Phil, a financial services manager, wants to work part time to bolster family income. Celeste has awaited an organ transplant for years. If it works, she could return to work as a health care professional. Ironically, return to work might be a financial challenge. Her disability benefits, most of which aren’t taxable, provide substantial income.

“We came to Canada a few decades ago for a better life,” Celeste says. “We have that, but we have not had a lot of time to build our savings. We worry about what happens when we are both retired.”

They have $9,433 monthly take home income made up of Phil’s $4,583 monthly net income and $4,850 of Celeste’s mostly non-taxable disability income. They have a rental property which produces $1,400 gross rent per month but nothing after expenses. They make ends meet, but their future is far from secure.

After $7,983 in monthly spending, they save $1,450. That’s an impressive $17,400 per year.  But they don’t expect nine years of disability. Indeed, Celeste would like to go back to work as soon as possible where she would be able to earn an income of $60,000 a year before tax. Phil wants to work half time if he can find it.

Family Finance asked Graeme Egan, a financial planner and portfolio manager who heads CastleBay Wealth Management in Vancouver, to work with Phil and Celeste. “The problems are low net worth for their ages, a rental property that just breaks even but ties up a lot of capital, unknown outcomes of health issues and the nine year spread in ages between the spouses.”

Celeste’s disability income will stop on or before her 65th birthday. Beyond that, their income would be Canada Pension Plan payments of $126 for Phil and $425 for Celeste and two Old Age Security payments of $325 each based on about 22 years residence in Canada. There’s also Phil’s $275 per month foreign pension, which is already being used to support a relative abroad. If their present $138,600 in financial assets generate a 3 per cent return after inflation, they would add $350 per month to job pensions that would pay them $1,050 per month. The couple’s total income at this point would be $2,876 per month, too little to support their expenses.

The couple needs to boost their retirement income. They are not earning enough in rental income, which is $1,400 a month. That amount doesn’t include a sufficient maintenance reserve, an allowance for vacancy, and the fact that their mortgage amortization, maximized to allow low monthly payments, is 30 years, when Phil will be 95 and Celeste 86.

There is also a cost in the “hassle factor,” collecting rents, fixing plumbing and so on. At present, they pay $243 interest on the mortgage, repay $269 on the principal, and $400 in interest on a home equity line of credit (HELOC). That’s $912, plus $500 in taxes and other costs for total expense of $1,412, leaving nothing in reserve. If they eliminated the hassle by using a professional property manager, their low return would be even less, Egan notes. The property could appreciate, but that’s a bet and Phil and Celeste cannot afford to gamble so late in life.

The rental was their home for most of their time in Canada, so any capital gain in the depressed Alberta market would be small and the tax relatively slight. We’ll assume that they walk away with $75,000 after all costs and tax.

Assuming that Phil and Celeste dispose of the rental unit as suggested, their income would be Phil’s OAS benefit of $325, his CPP payment of $126, investment income of $845 per month, $275 from a work pension from prior employment and Celeste’s disability payments of $4,878 per month for a total of $6,449 before tax. Any income Phil earns would, of course, add to the total.

When Celeste retires at 65, she would lose her disability benefits. They would have two Old Age Security benefits of $325 each, her estimated $425 CPP benefit, an $854 monthly defined benefit from her present employer, Phil’s continuing CPP benefit of $126, and investment income of $845 per month for total monthly pre-tax income of $2,900. Split via conversion of RRSP income to Registered Retirement Income Funds, the payouts would be pension income and each would qualify for the pension income credit. The Alberta basic personal credit, $18,690 at 2018 rates, would eliminate tax liability.

Present expenses net of savings, $6,096, would not be supportable on $2,900 monthly income. The Alberta seniors property tax deferral program, a repayable loan available if at least one partner is 65, as Phil is, would help. That would save $189 per month. Phil’s mom will eventually pass away and the $275 monthly pension he sends her would reduce the gap.

Eliminating travel, $290 per month, gifts at $1,200 per month, putting life insurance on a premium holiday to save $324 per month and cutting $311 unaccounted miscellaneous would slash monthly spending to $3,507. The car might have to go, cutting fuel bills and insurance by about $250 a month. They would still be about $360 short each month. Any remunerative work Phil does will improve this outlook, Egan said.