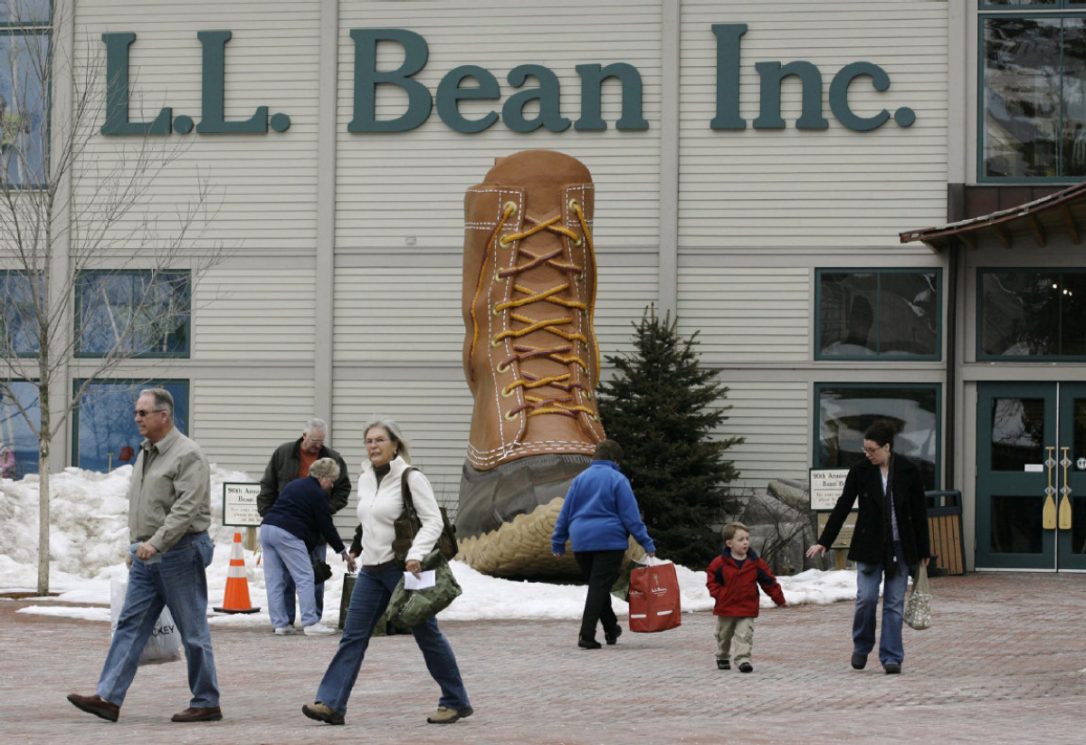 AUGUSTA, MAINE—President-elect Donald Trump is urging people to buy L.L. Bean as the company faces calls for a boycott because of a family member’s donations to his candidacy.

Trump on Thursday tweeted his thanks to Linda Bean, a granddaughter of the outdoors retailer’s founder, and cited her “great support and courage.” He ended by saying, “Buy L.L. Bean,” garnering criticism from the non-partisan money-in-politics watchdog Every Voice for “personally encouraging his supporters to boost the companies of his super PAC donors.”

Bean called the backlash against her “bullying” and “un-American” during Thursday morning interviews on Fox’s news and business channels and vowed that she would not step down from the company’s board of directors.

“That’s all they are: a small kernel of hardcore bullies out on the left coast, West Coast, in California, trying to control what we do, what we buy, what we sell in Maine,” she said on Fox News Channel’s “Fox and Friends.”

Bean and the Freeport-based retailer have been targeted by anti-Trump groups following The Associated Press’s reporting of her donations to the pro-Trump Making Maine Great Again PAC. The founders of #GrabYourWallet have called for a boycott of L.L. Bean but said it would stop if the privately held company, known for its signature waterproof rubber-bottom boots, cut formal ties with Linda Bean.

The Federal Election Commission said Linda Bean made excessive contributions to the PAC, which it said was limited to individual contributions of $5,000 in a single year. The FEC said the group could face punitive action or an audit if it doesn’t respond. The group is now taking steps recommended by the FEC to change its registration to a super PAC, allowing it to raise unlimited funds.

Bean, who noted that she gave the donation personally, called employees of the company “victims” but also said the calls for a boycott helped business.

“According to my son who’s vice chairman of the board, he says there’s been a slight uptick in business actually,” Bean said on Fox Business Network’s “Mornings with Maria.”

On Wednesday, the pro-Trump PAC amended its filings to include donations it hadn’t disclosed to the federal government last year. The filings say Bean donated $30,000, not $60,000 as the political action committee originally reported.

The filings also say a $15,000 contribution to the PAC came from Diana Bean, who is believed to be Linda Bean’s sister. The rest came from four previously undisclosed contributors, including the PAC’s chairman, David Jones.

Shannan Coulter, the co-founder of #GrabYourWallet, included the company on the group’s boycott list after the AP reported last week on Linda Bean’s contribution.

“The reality is that there are serious repercussions for a company’s brand and bottom line when consumers learn it does business with the Trump family or helped to fund Donald’s rise to political power,” Coulter said.

L.L. Bean Chairman Shawn Gorman has distanced the company from Linda Bean and said that her political activity does not speak for the nine other board members and 50 family owners.

Linda Bean on Thursday said her “cousin gave to Obama four years ago” and said he donated much more than she did.